Guests of the 2022 Waikiki Steel Guitar Festival may have noticed Kiyoshi "Lion" Kobayashi, Japan's premier Hawaiian steel guitarist, playing on a console steel guitar which looked like a pedal steel guitar but without the pedals. Instead there were knee levers that were used to manipulate string tunings.

What was this unconventional setup?

According to an article published in BARKS, a publication of the Japan Music Network, Lion's steel guitar is a "10 pole changer steel guitar that exceeds the ultimate." 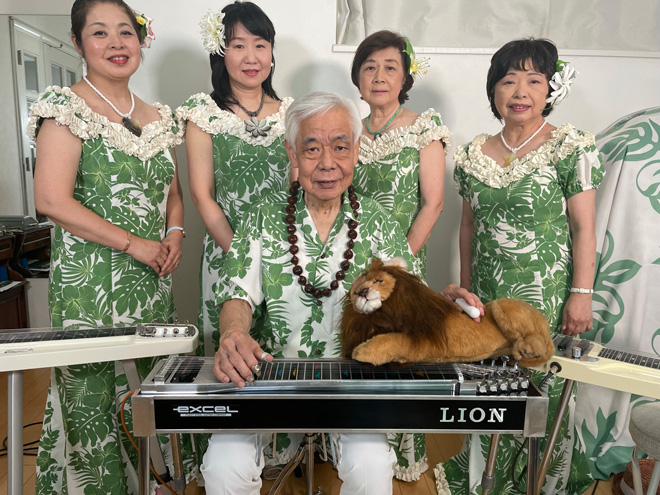 The publication's column "My Instrument, My Favorite Machine" featured Lion and his steel guitar in its March, 2022, edition. The article, authored by JMN Editor-in-Chief Karasuma, said this about Lion:

"He has been a regular performer at Hawaii competitions every year since 1983, and has developed the ultimate lap steel that can be instantly changed to 9 different tunings with the D-10 6 hand change lever." 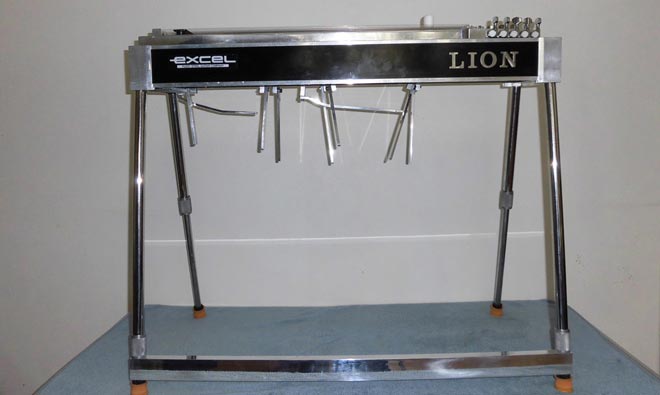 Lion is quoted as saying, "I had to replace both hips and couldn't carry it, so I removed the pedals from Excel of S-10 6P 5L and added 4 knee levers, and I've been crazy about practicing for several years. A little less than 40 possible chords!"

He continues, "You can save the trouble and weight of the lot that connects the pedal and the main body, and if your diabetes worsens and you amputate your leg, if your knees remain, can you enjoy it until you die? Instead of lacking the 8th function (10th string C ~ A) of the C6 pedal, such as crowding, opening chords, and movement of the inner voice, it has become a steel guitar that goes beyond the ultimate with more functions." 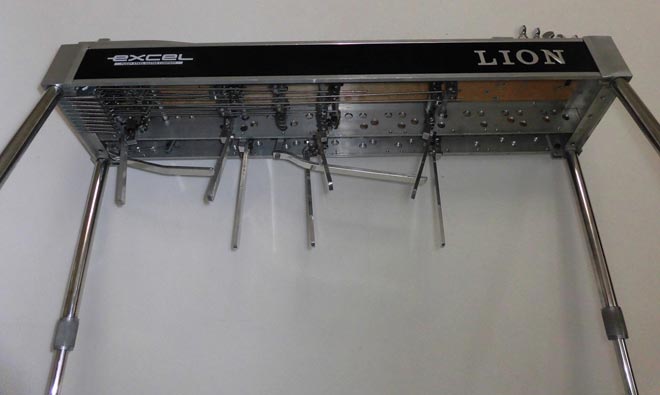 This chart, prepared by Lion, shows how each knee lever works to obtain various tunings and chording. 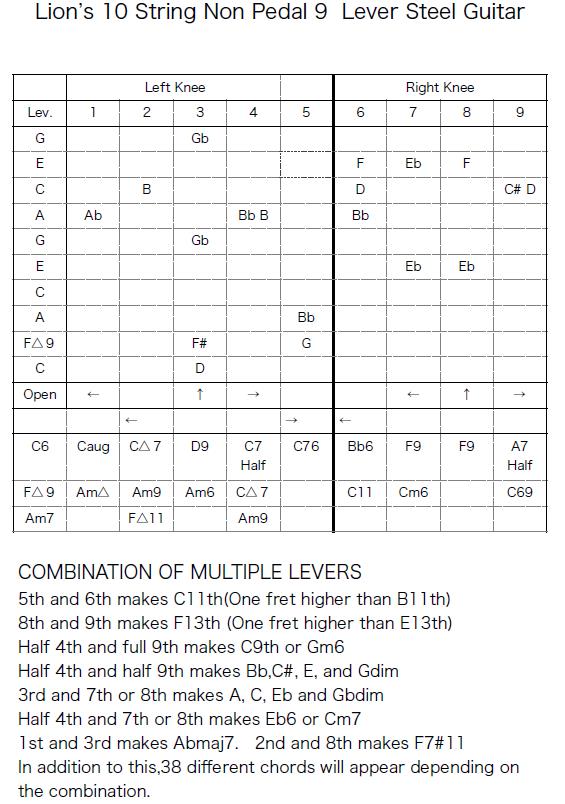 A chart prepared by Lion showing the pedal/note-chord correspondance

On recommendation, a friend constructed a pegless version of the knee-lever steel guitar with 8 strings 5 knee levers and 1C6 ~ E9 switching levers. Here Lion is shown with that guitar that lacks the standard tuning pegs. 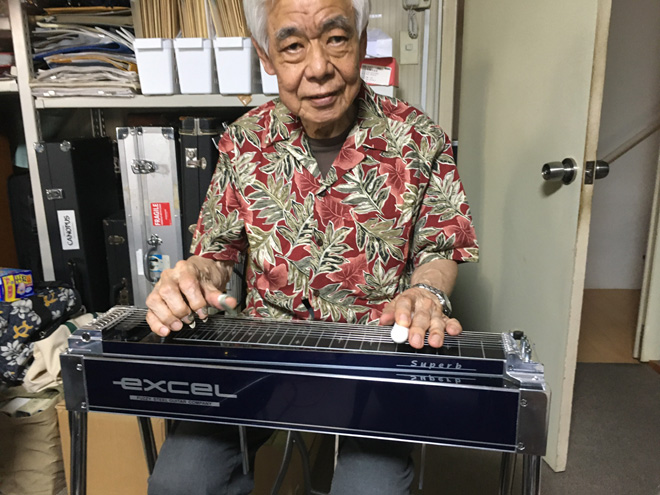 Lion's ingenuity certainly shows how serious he is about pursuing the steel guitar and how his forward thinking will allow him to enjoy playing his instrument for years to come.

Copyright ©2022 by Hawaii Institute for Music Enrichment and Learning Experiences, Inc., and Cyberventures Unlimited.Terms of Use